Charlotteans love their dogs and it shows. 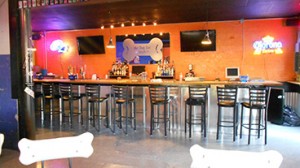 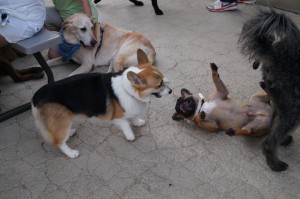 The tag line for Dog Bar which is located in Noda, The Arts District, pretty much says it all.  A bar where you and your pup can both socialize with humans and canines alike.  If you live further north, Lucky Dog Bark and Brew in Cornelius, has the same type of set up, although theirs is more comprehensive.  Lucky Dog also boosts a grooming salon, doggie daycare, and overnight boarding. Both bars are great places to get your fill of cute pups, while watching sports or chatting.

The Breweries, Wine shops, Coffeehouses too? 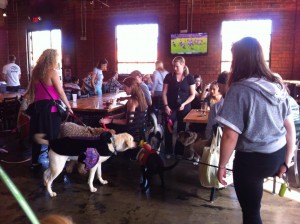 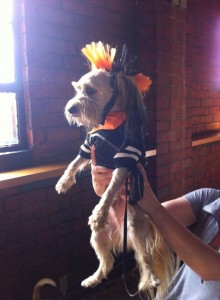 I would double check with each individual brewery before going, but for sure NoDa Brewing,  Sycamore, and Triple C Brewing Co are all pet friendly.  Triple C actually co-hosted Barktoberfest last year with Barbara’s Canine Café and people came with their dogs in costume. 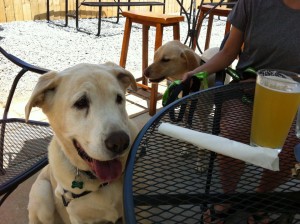 Pint Central with Roxie and Dallas

As long as we are talking about places with outdoor patios that allow furbabies, let’s go ahead and be sure to mention: Pint Central, Heist Brewery, Solstice Tavern, Jack Beagle’s, Revolution Pizza, Kennedy’s, Jackalope Jack’s, Common Market,  Ozpresso, Smelly Cat.

Not to be left out, The Wine Shop at Rivergate allows pups on the patio, and will even bring them water. 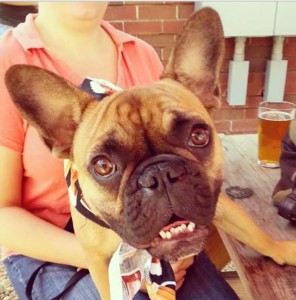 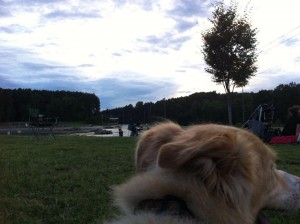 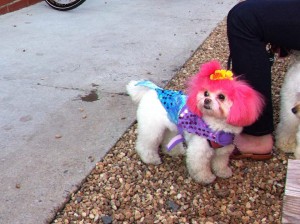 The US National Whitewater Center is a given.  In addition, come the warmer weather, folks will congregate once again for the River Jams on Thursday and Saturday nights.  Blankets, camping chairs, and dogs on leashes are the norm.  There’s also trail running and hiking where dogs are allowed, so long as they are leashed.

Crowder’s Mountain, Anne Close Springs, any of the local Greenways… 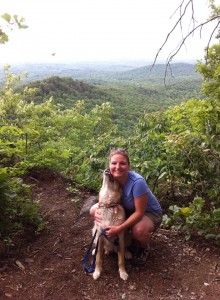 Woofstock, Barktoberfest, Bark in the Park, Fidofest, Paws in the Park